Emotional and thought provoking, the animated film 25 April tells the story of six individuals caught in the turmoil of WWI during the famous battle at Gallipoli.

Noted as the first animated film to focus on the conflict, the film’s authentic storyline was taken from the real-life war diaries of five soldiers and a nurse, which were then turned into interviews. With the help of Vicon’s Cara facial motion capture system, the film’s actors were able to fully immerse themselves into their roles, giving the animated film a very human reality and story that transcends time.

Producer, Matthew Metcalfe was first to introduce the visionary idea of telling the war story through an animated film, and famous graphic novelist Colin Wilson helped create the design of the characters. A true labor of love for everyone involved, the entire project took two years to complete.

Award-winning director, Leanne Pooley directed the film, bringing the six interviews together into one cohesive storyline. “For a director, it was a fantastic project to be involved in,” she says. “The animation allowed us to turn boats into birds and blood into flowers.” Premiering at the 2016 Toronto International Film Festival, 25 April has received praise across the globe, including at the Annecy International Animated Film Festival.

Capturing the essence of 25 April with Cara

Shooting and production was completed at the award-winning character animation company Flux Animation in Auckland, New Zealand. The six actors who played the nurse and five solders formed the backbone of the movie, while Vicon’s Cara played a vital role in bringing their characters to life. Capturing every minuscule emotion, Cara enabled the animation to be as realistic as possible, allowing the audience to connect with the characters.

According to Javier Estevez, motion capture technician at Auckland University of Technology, choosing actors that could portray the emotions of the stories was paramount to the success of the film. “Six actors were specifically cast for not only their voice, but also their performance,” he explains. “I believe the output was successful because Cara was used at its best, to port an entire personality, not just a performance.”

The actors were shot solely in motion capture, wearing the Cara headset every day. “We were initially worried about shooting it this way and whether it would have an impact on the truthfulness of the performance, but Vicon’s Cara headset helped the facial features truly come to life,” Pooley explains.

Cara captured and tracked the actors’ facial movements with extreme accuracy while giving them freedom of movement and expression. “By the third recording, we were very confident it would work as expected,” Estevez says. “Even though we were a small team, Cara is versatile and robust, and we were able to adjust everything to our needs.”

The Cara rig carries up to four high-resolution cameras to capture every facial movement of the actors. Whether quivering lips or flickering eyes, the most minuscule movements were captured allowing the audience to forget they’re watching an animated movie, and instead become invested in the emotion and humanness of the performance.

From the big screen to the classroom and beyond

25 April has been embraced around the world, having been sold in Australia, New Zealand and Turkey, and is looking to new markets for distribution. The film is also being used for educational purposes.

25 April’s storytelling of the battle at Gallipoli is groundbreaking in the world of film animation, telling an old story in a new way. Pooley credits Cara for making the film a reality: “The motion capture is largely responsible for why the film worked. We were the first in the world to use the Cara headset on a movie (even before Star Wars), and the results are absolutely astounding.” Vicon continues to be a game changer in the world of mocap, breathing life into artists’ visions. 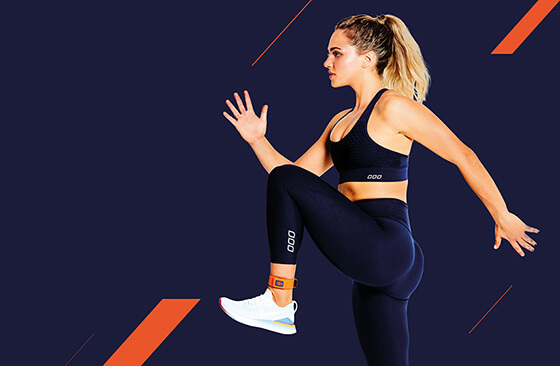 Vicon Trident – What you need to know